Yeah. Really. It’s back. Let’s talk about it.

Mazda is going to bring back the rotary engine. 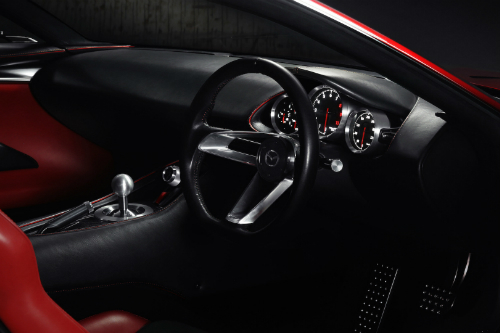 Mazda wants to bring back the rotary engine. In June of this year, Mazda CEO Akira Marumoto stated that bringing back the rotary engine “is a dream for everyone at Mazda”. It was confirmed prior that the rotary motor will be utilized as a range extender in some capacity for electric vehicles in the conceptual stage. However, a little while later in October, the stunningly sleek RX Vision was revealed as a concept catering to the US market. It was announced alongside the reveal of the $1,600,000,000 joint Mazda/Toyota plant being erected in Alabama. The RX Vision is being described as “an exciting product,” an obvious understatement.

If the RX Vision concept whipped up rotary engine enthusiasts into a frenzy, then the 12+ minute “Mazda Heritage B-Roll” that covers 50 years of Mazda performance history will incite absolute anarchy. It first shows a lineup of multiple iconic Mazda vehicles, then shifts to showcasing different ones. The 1967 Cosmo Sport all the way to the RX-8 are covered in wonderfully cinemagraphed detail. But then the 7:00 minute mark rolls around. And you forget to breathe. We get our first unbroken look at the new RX Vision concept. It looks like someone decided to blend the classic lines of an Aston Martin with the eye-catching curves of a Lotus. But that’s enough talk about what it looks like. Take a look for yourself. Remember that this is a B-Reel, meaning there is no sound. It’s just video.

The Other Mazda Legend

The MX-5 Miata has been getting love from Mazda too. Take a look at our article discussing the Mazda Miata Restoration program making its way to the States. And if your in the market for a new Miata, check out our selection.

What kind of oil does my Mazda CX-5 need?

Which 2020 Mazda vehicles have heated seats?

What is the Mazda Carbon Edition for the CX-5?

This entry was posted on Tuesday, November 19th, 2019 at 4:06 pm and is filed under Brand Info, Concepts, Mazda Media, Mazda News, Technology. You can follow any responses to this entry through the RSS 2.0 feed. You can skip to the end and leave a response. Pinging is currently not allowed.